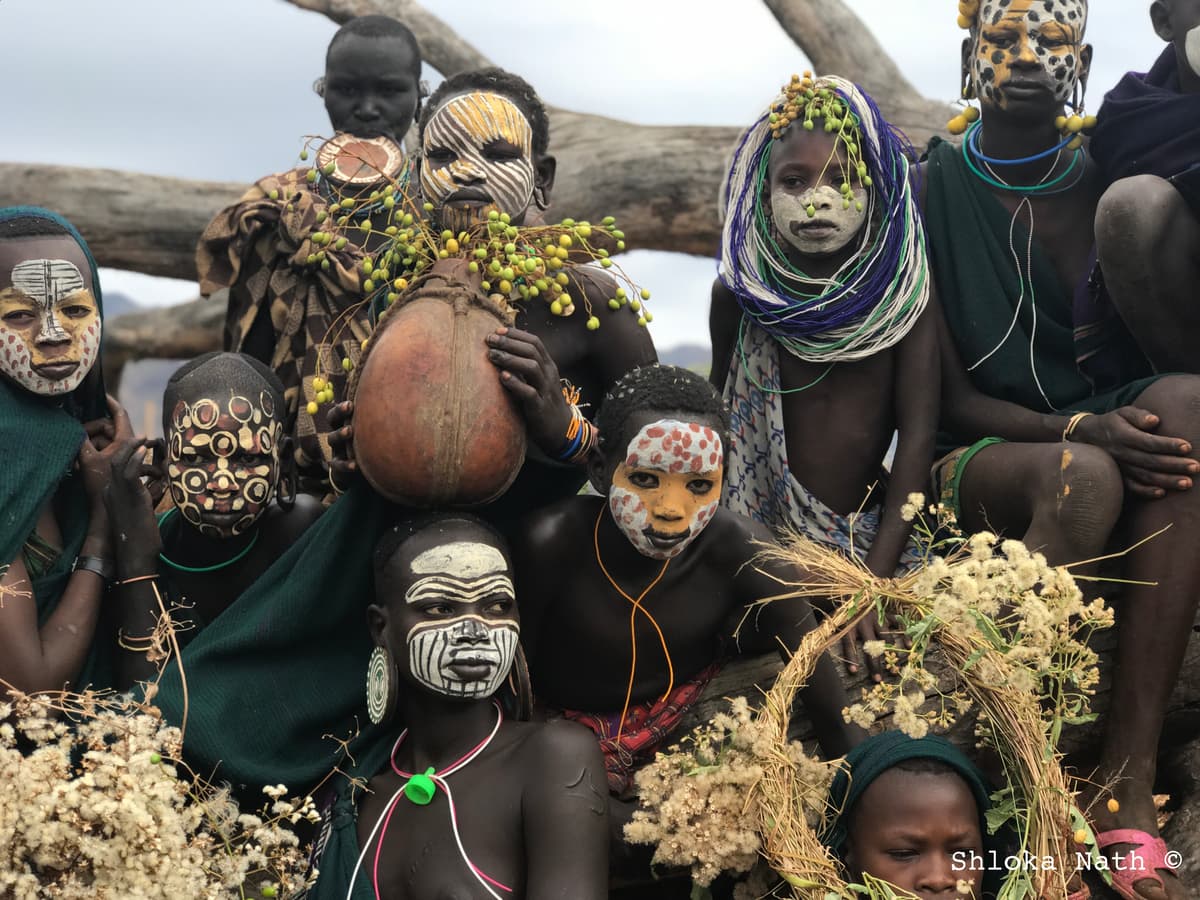 Chalo Africa’s expeditions are great for those looking to explore some of the remoter parts of Africa. We plan 3-4 expeditions on an annual basis to those parts of Africa which are either difficult to access or very expensive to do on a private basis. These are generally adventures to parts of Africa where the tourism infrastructure is still in its nascent years. On our expeditions, you will undoubtedly have amazing sightings in the company of kindred spirits. In the past, we have organised expeditions to Chad (Zakouma & Ennedi), Gabon, Ethiopia (Gambella National Park, Omo Tribes), and Zambia (Liuwa Plain).

Galloping in the open plains with a herd of zebra or walking quietly by a herd of grazing elephant – riding safaris are an incredibly unique way to explore areas off the beaten track.

Whether it be a morning ride, an alternative activity to the usual game drive or setting off on a week-long mobile riding safari – guests are provided with the rare chance of getting up close to wildlife without affecting their behaviour or intruding in their space.

Chad: A Country of Marvels
● The Ennedi Cultural Reserve is a UNESCO World Heritage site and protected by African Parks (AP). The one and only picture-book Sahara Desert & its incredible rock formations
● Prehistoric rock paintings and petroglyphs showing people dancing, herding, and hunting, and depicting the wildlife that flourished millenia ago
● Ouadi-Rimé Ouadi-Achim Game Reserve in Central Chad---base of the Sahara Conservation Fund (SCF) for the reintroduction of some of the rarest species of desert wildlife on earth!
● Scimitar-horned oryx, Addax, Dama gazelles, Dorcas gazelles and Barbary ostrich...some of which had been declared extinct in the wild.
● Rarest of rare antelope and bird species on the IUCN Red List
● Zakouma National Park. The park has been under the protection of AP for the last 10 years. Before that, it had been a place of carnage for elephants, poaching had ravaged its herds, but AP successfully locked it down. It's one of the great present day success stories in conservation when so much of the news is negative.
● The elephants of Zakouma National Park and their story of hope
● Flocks of birds that completely blanket the sky and earth

Gabon is still an enigma. A wild place of pristine old-growth rainforests where there are almost no human settlements, and where wild animals live protected within the thick foliage nestled between the many rivers that traverse this west African country. This is a trip for adventurers, who don’t expect smooth sailing every day. This is a trip for those who want to see something new, something different. It is a place for the intrepid Africa enthusiast who will be thrilled by the sight of a red river hog in a wallow, or a wary lowland gorilla in a forest clearing. On this trip, timed to coincide with the gathering of humpback whales off the shores of Gabon, and the troops of the fabulously colorful Gabon mandrill, we will enjoy a truly epic African adventure, moving by train, boat, and plane through the heart of Africa.

Instead of dashing in and out of this vast reserve after spending a scant 2-3 days here, we will circumnavigate the Central Kalahari Game Reserve, passing by pans and valleys with names like Piper’s Pan, Sunday Pan, Passarge Valley, hoping to see the famous black-maned Kalahari lions, cheetah, vast herds of oryx and other desert-adapted species like springboks, brown hyena, porcupine, red hartebeest, blue wildebeest, and all manner of birds and reptiles.

This small group safari affords you the chance to experience the magnificence of Namibia in a very personal way. You will have your own professional and experienced safari guide who will enhance your enjoyment of this unique country by making it a fascinating and stress-free journey of discovery amidst very dramatic scenery.

It is with much excitement that we bring this journey to you – a true conservation safari that will lead you through some of the least-trodden parts of Africa. This is a safari that tries to look into the heart and soul of wild Mozambique – a country that is figuratively just a stone’s throw away from well-known South Africa, but one that is still shrouded in mystery – a land where wilderness & wildlife have recently been rising from the ashes like so many phoenixes.

After a very rough year that has been dominated by a virus, perhaps it will do us good to focus on uplifting stories for a change. Both Gorongosa and Niassa belong to the category of hopeful stories – of parks and game reserves that have been brought back from the brink of annihilation through the courage, foresight and commitment of a community of dedicated people, who have banded together to preserve and sustain some of the most important eco- systems and conservation corridors of Africa. This safari will be the first time that I too set foot on Mozambican soil (unless you count the 3 steps I sneakily took across an opening in a rusty old fence along the Mozambique-Gonarezhou border!)

I look forward to having you join me on this exciting trip -we are so fortunate to do this!

Namibia is a vast country, even by African standards, covering an area approximately twice the size of California and four times the size of the United Kingdom, but with a population of a mere 2 million. This gives one of the lowest population densities in the world. It is also an 'ageless land’; visible through our heritage of rock art created by stone-age artists and geological attractions such as the petrified forest where fossilised tree trunks have lain for over 280 million years. When added to the space and silence, these factors all contribute to a feeling of antiquity, solitude and wilderness.

Featured image of the Omo Tribes in Ethiopia.

Can’t Find A Tour That Works for You?

Then contact our safari specialists, who have travelled the length and breadth of Africa over the last 35 years. We’d love to help plan your safari. Get in touch with us here »